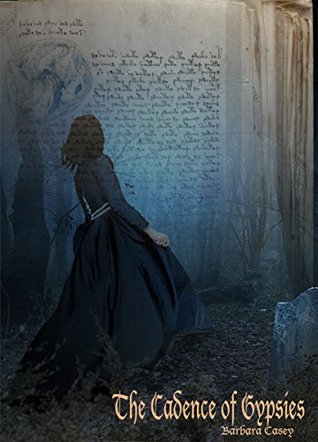 Book Details:
Book Title:  The Cadence of Gypsies (Book 1 of The F.I.G. Mysteries)by Barbara Casey
Category:  YA fiction,  272 pages
Genre:  Literary/Mystery
Publisher:  Gauthier Publications/Hungry Goat Press
Release date: April 2015 (e-Book)
​Content Rating:  PG-13 (A few expletives, mild sexual innuendo)
​Book Description:
On her 18th birthday Carolina Lovel learned that she was adopted and was given a letter written by her birth mother in an unknown language. After years of research she travels to Italy on a mission to find the truth about her past. Carolina is accompanied by three extremely gifted but mischievous students the FIGs from Wood Rose Orphanage and Academy for Young Women. In an effort to help their favorite teacher, the FIGs will have to use their special abilities to decipher the Voynich Manuscript, the most mysterious document in the world, and the one thing that is strangely similar to what Carolina was given. Their search will take them into the mystical world of gypsy tradition and magic, more exciting and dangerous than any of them could have imagined.

Connect with the author: Website
My Review
I will be reviewing all three books in the F.I.G. series by Barbara Casey so make sure to check out all of the reviews!
The Cadence of Gypsies (Book 1 of The F.I.G. Mysteries)by Barbara Casey was a well written book that I found myself greatly enjoying. The idea that Carolina Lovel's birth mother left her a letter for her 18th birthday in an unknown language was inspired. That letter kicked off a mystery and adventure that led to Italy, magic, and gypsies. I loved the way the author incorporated so many themes, characters, and plots into one story that left me grabbing for book two.
Posted by Misty103 at 6:03 AM