Spirits of the Western Wild

Title: Spirits of the Western Wild
Authors: David Schaub & Roger Vizard
Publisher: Independent
Genre: Adventure / Mystery / Comedy
This mystical adventure follows a young adventure-seeker named Luther McCleron on a westward journey to learn more about his Grandfather. A series of fateful missteps take Luther far from his destination to a disheveled little town under the tyranny of a crooked sheriff named Big Willie. It’s here that Luther comes face-to-face with the legendary ghost of Monty: a curmudgeonly ghost who refuses to believe he’s dead. Luther just wants to get back to his quest, but Monty thwarts his plans by using Luther to take out his vengeance on Big Willie.
Through a catastrophic string of events, Luther and Monty find themselves hopelessly entangled in a combative partnership that escalates to the breaking point. Only by reconciling their differences are they able to uncover the profound connections that weave their fates together.
A mysterious book of premonitions, an ominous crow, and ancient Indian drive the mystical tone of this world; conjuring spiritual forces to help steer Luther on his journey through this western “twilight zone.”
All the loose ends resolve in a satisfying story of redemption, loyalty and ascension while exploring the mysterious nature of fate and destiny. Was all of this a coincidence? Or are we guided by ancient “spirits on the wind” that nudge and steer us along our path to assure that we arrive safely at our intended destination in the end?
5 out of 5 stars
A fantastic and Immersive adventure for everyone.
What a wonderful audio book and what a pleasure it was to be on this journey. Not only the adventure was captivating but also everything around it. The sounds effect and voices really bring it all together, you almost feel like you are right there witnessing all this first hand. The production quality is something I have never heard before. Very well done and I highly recommend it.

Roger Vizard is a writer and self-taught artist. He was accepted into the animation program at Sheridan College in1987, then worked at Sullivan Bluth Studios in Ireland, then as an animation apprentice on “WHO FRAMED ROGER RABBIT” at Richard Williams’ studio in London.  He later became Williams’ assistant animator on “THIEF AND THE COBBLER.”
After several years working in Europe at studios like Gerhard Hahn in Germany and A-films in Denmark, he moved to Los Angeles in 1993 to work as a story board artist on the first season of Sonic the Hedgehog, then rolled back into animation again after that.  He successfully made the transition to from 2D to CGI on “STUART LITTLE 2” in 2001, and since that time have worked non-stop at animation/VFX studios in Los Angeles.

My Review
Spirits of the Western Wild was a great audio book that was an enjoyable listen. The narration was well done and the story moved at a good pace. I really liked Luther McCleron as he made a great main character!
Posted by Misty103 at 12:30 AM No comments:

Title: A LADY’S PAST
Author: A.S. Fenichel
Publisher: Kensington Books/Lyrical Press
Pages: 223
Genre: Historical Romance
BOOK BLURB:
The greatest risk—for the sweetest reward…
His fiancée’s betrayal nearly cost Jacques Laurent everything. Despite his resolve not to trust anyone again, he can’t abandon the young woman he finds alone on the road to London. In the brief hours they spend together, the enigmatic Diana touches his heart in a way he can’t explain. Even after bringing her to the Everton Domestic Society for safekeeping, he can’t get her out of his thoughts. And when he next encounters her, working as assistant to a renowned scientist, he becomes even more intrigued…
The Society’s kindness is especially welcome after everything Diana endured in a French prison, but she fears for the safety of those who get close to her. French spies are on her trail, convinced that her scientific knowledge can help them win the war. As peril draws them irrevocably together, Diana and Jacques succumb to mutual desire. But love may be the most dangerous pursuit of all, when a lady guards her heart even more carefully than she guards her life . . . 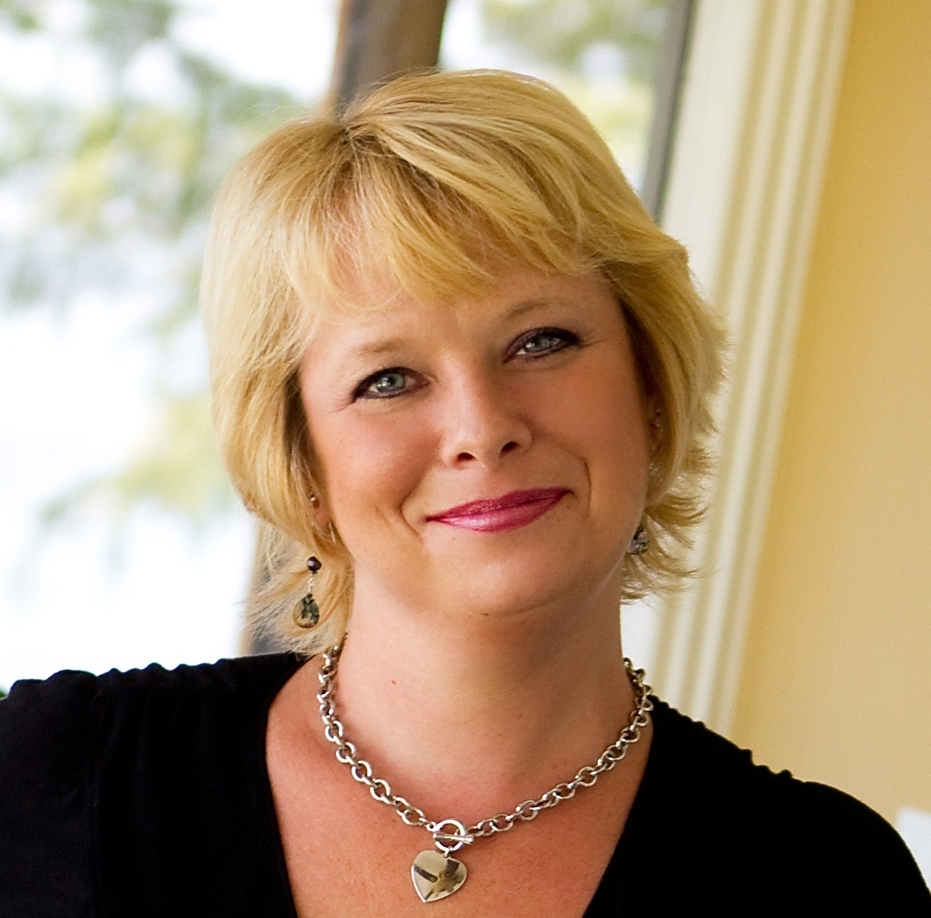 A.S. Fenichel gave up a successful IT career in New York City to follow her husband to Texas and pursue her lifelong dream of being a professional writer. She’s never looked back.
A.S. adores writing stories filled with love, passion, desire, magic and maybe a little mayhem tossed in for good measure. Books have always been her perfect escape and she still relishes diving into one and staying up all night to finish a good story.
Originally from New York, she grew up in New Jersey, and now lives in Missouri with her real life hero, her wonderful husband. When not reading or writing she enjoys cooking, travel, history, and puttering in her garden.

My Review
A LADY’S PAST was a great read and I really loved Diana. This was not the boring romance where the girls is some sort of swooning maiden, but rather a strong woman who starts to fall for the man that helps her while still trying to guard her heart and protect those around her from her past. I really enjoyed this romance as it had a real feel to it!
Posted by Misty103 at 12:30 AM No comments: 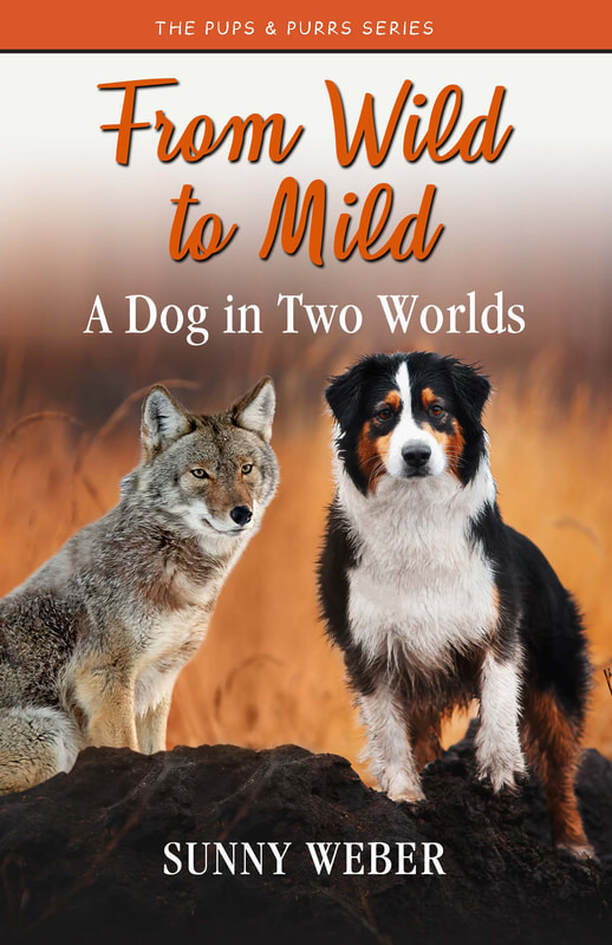 Book Details:
​
Book Title:  From Wild to Mild: A Dog in Two Worlds by Sunny Weber
Category: Middle-Grade Fiction (Ages 8-12), 196 pages
Genre:  animals/pets
Publisher:  Pups & Purrs Press
Release date:   August 23, 2019
Content Rating: G
"Sunny Weber takes readers on a remarkable journey between two worlds as we follow the puppy, Kaya, struggle to live and grow with a family of coyotes, and then experience returning to her role as a dog living with people. In addition to exciting adventures, challenges, and drama experienced by Kaya, we also learn about the differences between the animals, and their very different relationships to people.

As a biologist that works with coyotes and dogs, I appreciate the creative way Sunny distinguishes the two animals in such an engaging story. Highly recommended for young readers interested in dogs, coyotes, and the world through their eyes."
Stanley D. Gehrt
Professor of Wildlife Ecology
Extension Wildlife Specialist
School of Environment and Natural Resources
Ohio State University

"What a beautiful, heartwarming book!  Sunny incorporates the stories of abused and neglected farmed animals to bring attention to their plight.

Sunny does a wonderful job of telling the story of Kaya, a caring and compassionate dog who is forced to confront her values and make difficult decisions to follow her heart or to fit in. Kaya teaches us to have empathy for all animals, regardless of their species."
Chrissy Dinardo
Development Director
Luvin Arms Animal Sanctuary
Erie, CO
Book Description:

Eight-week-old Australian Shepherd Kaya is kidnapped by a nasty coyote to be food for his mate and puppies. Instead, the loving mother raises Kaya with her own pups. But as hard as she tries, Kaya can’t completely fit in—she can’t kill prey or stay awake for night hunts. Why can’t she make herself a true coyote? Constantly criticized by her coyote father, Kaya finds support in her new mother and siblings. She also figures out how to contribute through teamwork with her brother and sister. Trapped by a dog rescue, Kaya re-enters the human world and learns the differences between how dogs and coyotes live. When freed to roam again, does she return to her forest freedom—or remain with her farm family? Can Kaya forever straddle between the Wild and the Mild?
Buy the Book:
Amazon.com
Add to Goodreads 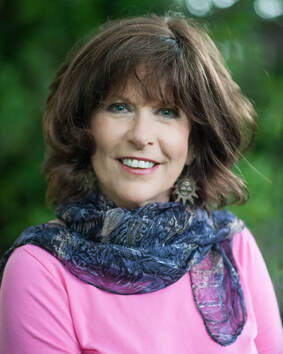 Sunny Weber has over 25 years of experience in animal welfare advocacy. She is a professional humane educator and believes compelling storytelling reflects her passion for seeing the world through the eyes of the animals she teaches about.

Real stories are Sunny’s key to making deep impressions on young minds, for the future of animal welfare lies in sensitive people who will have the power to alter the negative impacts of previous generations and bring about positive change for all inhabitants of our planet.

Sunny has developed educational programs regarding compassion, respect, and care of domestic and wild animals. She writes extensively on animal issues in fiction, non-fiction, and blogs.

Sunny lives in Colorado with dogs and cats. Their yard is a Certified Backyard Habitat for birds, squirrels, rabbits, pollinators, and any other creature with fur or feathers who wanders in.

My Review
From Wild to Mild: A Dog in Two Worlds by Sunny Weber followed eight-week-old Australian Shepherd puppy Kaya as she went from domestic life to living with coyotes only to end back up in the human world. I really enjoyed the way the author showcased the differences between dogs and coyotes, yet also allowed Kaya to bond with some of the coyotes. This would be a great for dog loving middle schoolers!
Posted by Misty103 at 12:30 AM No comments: