Killer in the Band by Lauren Carr

Book Three in the Lovers in Crime Mysteries explores forbidden love all while avoiding getting in the cross-hairs of a murderer! 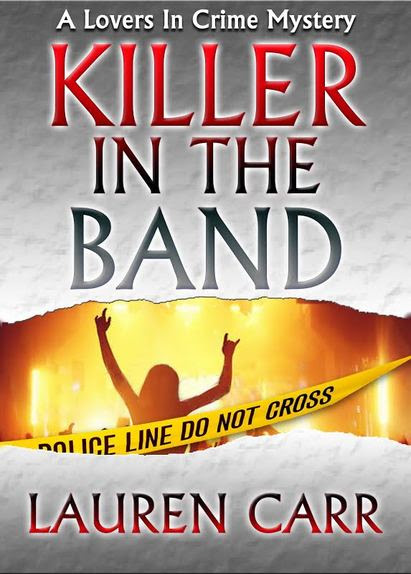 Book Details:Book Title: Killer in the Band by Lauren CarrCategory:  Adult fiction,  430 pagesGenre:  MysteryPublisher:  Acorn Book ServicesRelease date:  Oct 3, 2016Available for review in:  Print and ebook: mobi (for Kindle), ePub, PDF Will send books:  USA & CanadaTour dates:  Oct 10 to 28 and Oct 31 to Dec 2, 2016Content Rating:  PG (Lauren Carr's books are murder mysteries, so there are murders involved. Occasionally, a murder will happen on stage. There is sexual content, but always behind closed doors. Some mild swearing (a hell or a damn few and far between). No F-bombs!Book Description:Summer of Love & MurderJoshua’s eldest son, Joshua “J.J.” Thornton Jr., has graduated at the top of his class from law school and returns home to spend the summer studying for the bar exam. However, to Joshua’s and Cameron’s shock and dismay, J.J. moves into the main house at Russell Ridge Farm, the largest dairy farm in the Ohio Valley, to rekindle a romance with Suellen Russell, a onetime leader of a rock group who’s twice his age. Quickly, they learn that she has been keeping a deep dark secret.The move brings long-buried tensions between the father and son to the surface. But when a brutal killer strikes, the Lovers in Crime must set all differences aside to solve the crime before J.J. ends up in the cross hairs of a murderer.Praise for Lauren Carr’s Mysteries:“Lauren Carr could give Agatha Christie a run for her money!”​- Charlene Mabie-Gamble, Literary R&R“As always, Lauren Carr brings an action-packed story that is almost impossible to put down. Her mystery plots have so many twists and turns that I didn’t know if I was coming or going. And the action just didn’t stop from the very beginning till the very end.” - Melina Mason, Melina’s Book ReviewsBuy the Book: Amazon  ~  Barnes & Noble 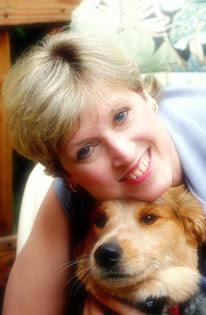 Lauren is a popular speaker who has made appearances at schools, youth groups, and on author panels at conventions. She lives with her husband, son, and four dogs (including the real Gnarly) on a mountain in Harpers Ferry, WV.

The Most Important Thing Writers Need to Complete That First Novel
(No, it’s not talent.)
By Lauren Carr

Over thirty years ago, I wrote my first book on an electric typewriter. Determined to be a novelist, I devoted all of my spare time to banging away on my IBM Selectra. The television was off. Meals consisted of peanut butter sandwiches that were quick and easy to make. Hours that I used to sunbathe for a golden tan were spent composing my masterpiece. I stopped going out with my friends. Not a minute that could be devoted to literary creation was wasted. At the end of the summer, I proudly emerged from my bachelorette apartment pale, thin, and socially bankrupt.
In three months, I had written the Great American Catastrophe, all 846 pages of it in hardcopy.
We have come so far in just the last twenty-five years that there is no excuse for anyone to not be a writer (except for complete lack of talent). So, one has to ask, why is it so hard for many writers to compose a simple murder in Windows 10 when three decades ago I was able to kill off the whole membership of the Screen Actors Guild over one summer without the benefit of a spellchecker?
The Internet has opened a whole new world, but it has also slashed our attention spans to the length of an inch-worm. While we sit in front of our laptops thinking that we’re actually writing and doing it well, in reality we are constantly being distracted and giving in to those distractions freely. Wearing only our underwear, we feel like hotshots being able to check e-mails; program our smart TV; make dozens of new friends who we’ve never met and most likely never will; download the latest tunes; write a job proposal; IM our spouse in the bathroom to ask what he wants for dinner; spy to see what our son is really doing on his laptop in his dorm room over three hundred miles away; and google to find out what had become of that teen idol to whom we had pledged our luv-4-ever.
Then, at the end of the day, we scratch our heads and wonder why we’ve only written seven paragraphs in the last seven hours.
As much as we would like to blame technology, or even jobs, families, and friends that interrupt us, the problem doesn’t lie with the distractions. There were distractions back when I wrote the Great American Catastrophe. They just weren’t as convenient to give into.
With the click of the button, I can escape choreographing a shootout to check out Jill’s dog Elvis getting a bath on Facebook. Swooning over Elvis should only take thirty seconds, but before going back to the shootout I need to check out what is #PoweredByIndie and why is it trending on Twitter. Suddenly, I have only six minutes to forward an e-mail to eleven friends or suffer the curse of Saint Theresa. By the end of the day, that moment has turned into three hours with only one hour spent doing actual writing.
Writing takes discipline.
It takes the same type of discipline I had back when I gave up Fantasy Island for three months to write the Great American Catastrophe, which is now buried in my mother’s basement where hopefully no one will ever find it.
If you want to write your Great American Catastrophe, or maybe the Great American Novel, you have to tell your thumb, “Don’t click on that! Don’t check that e-mail! Keep on writing and don’t stop for anything until you come to ‘The End!’”
Trust me. Elvis will still be on Facebook when you’re done.