Cathadeus (Book One of the Walking Gates) 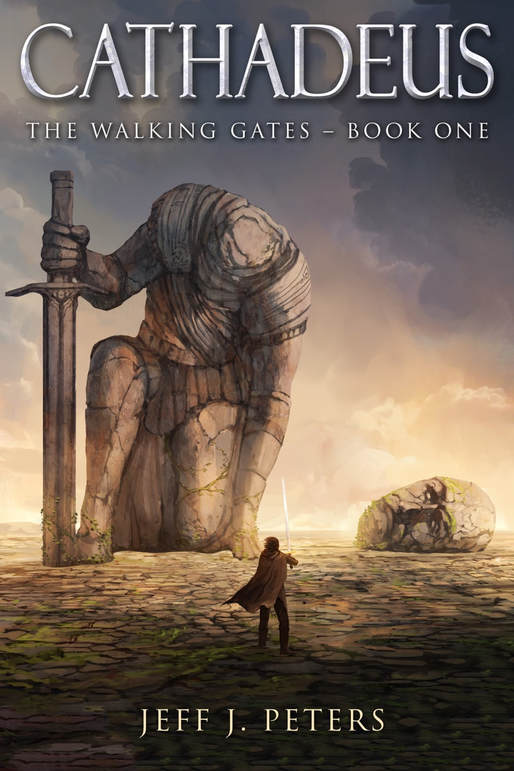 It has been six hundred years since the Alchemists fused together men and beasts to form strong, mindless slaves. Now, their most vicious creations have attacked the mystical Walking Gates, slaughtering their Keepers and isolating their cities. Wounded in the brutal attack, Braxton Prinn’s mother is on the verge of death and he makes a desperate journey to find the reclusive elven master who can save her. But when he discovers an ancient magic, Brax is caught up in an even greater struggle and soon finds himself hunted for his power. Drawn into the chaos of an impending war and pursued by enemies on all sides, Brax must fight to save his mother and her race from slipping into darkness. Though his untamed magic may be the greatest threat of all . . . ​ 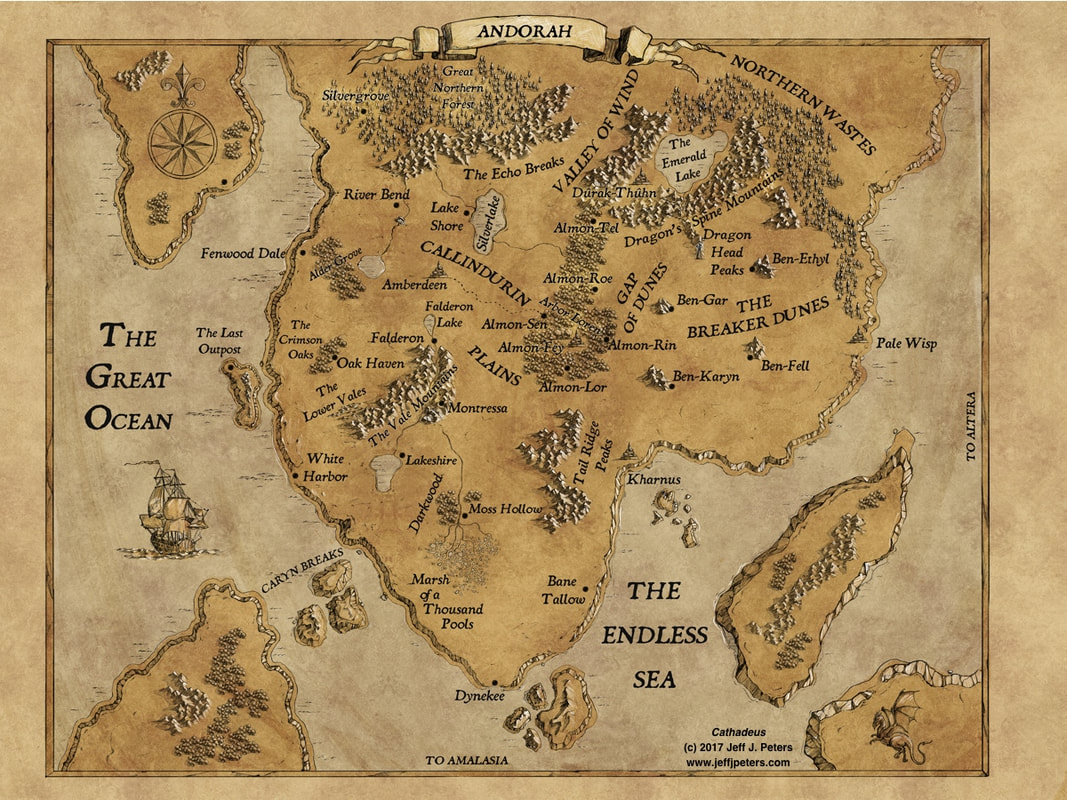 ​What Readers are Saying about Cathadeus:

“Jeff J. Peters’ strong cinematic writing style allowed me to easily visualize the story and feel that I was right there alongside the characters.”
- Alison W.

“Jeff J. Peters’ writing is so smooth and easy to read – I can’t tell you how much of a pleasure it was…and how quickly you end up being drawn into the story because of it.”
- Amanda R.

“Cathadeus is the best kind of fantasy story - you get to learn along with a flawed main character while you get lost in a richly designed world. You can’t help but keep reading. A cleanly written pairing of characters you wish you could spend more time with and an enthralling world built around them. Cathadeus is the kind of story that plays perfectly off of your imagination, with characters grounded in reality to make it feel like you could really be there.”
- Ryan N.

“Jeff J. Peters definitely has storytelling skills...The story stayed on my mind when I wasn’t reading it. Young readers will be drawn in this imaginative story, while they relate to Braxton’s struggles with temper, insecurity, and young love. Cathadeus is dramatic, with an anxious tone—at times bleak, as the story keeps you wondering until the final battle if good will prevail.”
- Elizabeth C.​
​
Buy the Book:
Amazon ~ IndieBound
Barnes & Noble
​Add to Goodreads 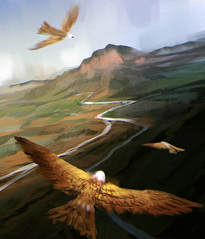 JEFF J. PETERS was born in South Africa and immigrated to the United States as a teenager, where he fell in love with all things fantasy. He obtained degrees in digital electronics and computer science and worked as an IT professional for more than twenty years. In 2014, he left his corporate position to focus full-time on writing. Cathadeus is his debut novel. He is currently working on the sequel.

My Review
Cathadeus (Book One of the Walking Gates) was a ver well written book that reminded me a lot of Robin Hobb's books with how it fused fantasy, adventure, action, and mystery genre elements together so seamlessly.  Brax was a great character that was clearly in over his head and got pulled into the quite the adventure when all he wanted to do was save his mother. I liked the way the book kept everything unpredictable. Overall, I really enjoyed the book and I hope the next one comes out soon!
Posted by Misty103 at 12:00 AM