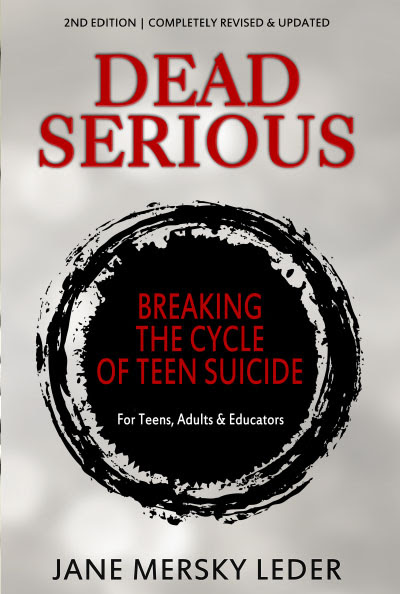 Title: DEAD SERIOUS: BREAKING THE CYCLE OF TEEN SUICIDE
Author: Jane Mersky Leder
Publisher: Independent
Pages: 237
Genre: YA Self-Help
BOOK BLURB:
Thirty plus years after publishing the first edition of Dead Serious, this second completely revised and updated edition covers new ground: bullying, social media, LGBTQ teens, suicide prevention programs, and more. Scores of teens share their stories that are often filled with hurt, disappointment, shame–yet often hope. Written for teens, adults and educators, Dead Serious: Breaking the Cycle of Teen Suicide explores the current cultural and social landscape and how the pressure-filled lives of teens today can lead to anxiety, depression–suicide. Leder’s own journey of discovery after her brother’s suicide informs her goal of helping to prevent teen suicide by empowering teens who are suffering and teens who can serve as peer leaders and connectors to trusted adults. The skyrocketing number of teens who take their own lives makes Dead Serious: Breaking the Cycle of Teen Suicide more relevant and important than ever. 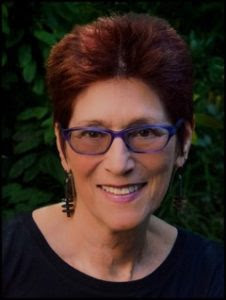 Jane Mersky Leder was born in Detroit, Michigan. The “Motor City” and original home of Motown have driven her writing from the start. A “Baby Boomer” who came of age in the Sixties, Leder is fascinated by the complexities of relationships between generations, between genders, and between our personal and public personas.
Dead Serious, a book about teen suicide, was named a YASD Best Book for Young Adults.
The second edition of Dead Serious (with a new subtitle): Breaking the Cycle of Teen Suicide, will be published on January 23, 2018, and will be available as both an ebook and paperback on major online book sites, at libraries, and at select bookstores.
The Sibling Connection: How Siblings Shape Our Lives, and Thanks For The Memories: Love, Sex, and World War II are among Leder’s other books.
Leder’s feature articles have appeared in numerous publications, including American Heritage, Psychology Today, and Woman’s Day.
She currently spends her time in Evanston, Illinois, and San Miguel de Allende, Mexico.

My Review
As a psychology graduate I found this book to be very interesting on both a professional and personal level. The author does a wonderful job of tackling such a depressing issue in a straight forward manner that is easy to understand and comprehend. I found the book depressing as well, but there is really no way to make a book about suicide anything, but depressing as it is about teens ending their own lives.
Posted by Misty103 at 1:00 AM