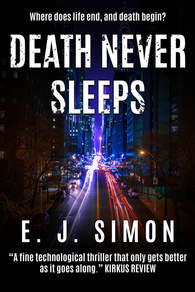 Where does life end, and death begin?

Brothers, Alex and Michael, weren’t particularly close in terms of their careers in their later years. But when Alex is murdered, Michael finds it necessary to keep Alex’s business running, at least for the foreseeable future.

With very little knowledge about what Alex actually did for a living, little does he envisage the level of complication this entails. Working closely with his cousins, Fat and Skinny Lester, Michael starts to get a sense of what needs doing … in whatever way Alex would have dealt with things.

But, when Alex’s current wife, and his two ex-wives, surface and start to dish out demands, Michael finds himself going deeper and deeper into Alex’s personal space. All his ex-wives knew there was money left hidden … but only Alex knew of its exact location.

When Russell, an old friend of Michael’s, and Alex’s most trusted person, offers to help Michael find the money, Michael feels he can start closing up on Alex’s loose ends and move on with his own, increasingly complicated life.

Until … Russell is brutally murdered …

Someone else is after Alex’s money … and it’s not a friendly person.

But is Alex really dead? Or is he as dead as he has prepared himself to be?

Michael is beyond confused … is he imaging the conversations he’s having with Alex? But Alex was shot dead in his own restaurant, one filled with policemen. Surely, Alex is dead?

Whichever way Michael tries to rationalize things in his head, Alex’s support is beyond what he needs. Finding himself face to face with a crook, Sharkey, one who has no qualms about killing people, one Alex was in debt to, Michael takes on Alex’s advice … dead or not!

As the number of deaths rise, Michael and his wife, Samantha, are left on their toes. Would they ever feel safe again? Is anyone safe? And how far did Alex go with his new venture?
Buy the Book:
Amazon ~ Barnes & Noble
Add to Goodreads​​ 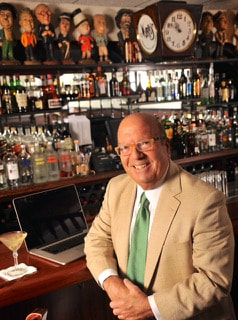 Connect with E.J.:  Website  ~  Facebook  ~  Twitter   ~  Instagram
My Review
Death Never Sleeps by E.J. Simon was quite simply an amazing read that left me guessing. I liked the fact that I was learning about Alex's life right alongside Michael as it made me feel a real connection to the character. I liked the way that Alex's true fate was kept a mystery as I tried to decide for myself what was real and was was imagination or hallucination.
Posted by Misty103 at 12:30 AM