A BOLT FROM THE BLUE and FIRE AND RAIN 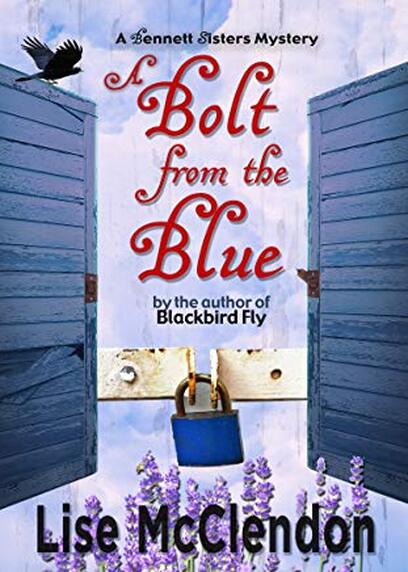 More international intrigue, murder, and romance for the Bennett Sisters overseas in the newest entry to the bestselling women's fiction and suspense series. The next to youngest Bennett Sister, Francie Bennett (Blame it on Paris) is a hard-charging attorney whose boyfriend Dylan Hardy invites her to join him in Paris to help with a client. When Axelle Fourcier left Paris behind after the student riots of 1968, she vowed never to go back. She made a life for herself in America as a professor.

But now a beloved aunt, age 104, has died and left her an inheritance to be shared with a cousin she never met. A fabulous Belle Epoque apartment in Paris filled with pop art from the '50s and '60s is just the start of Axelle's discoveries in Paris. Wrangling with her slick cousin for the proceeds is distasteful but oh so French. Then the apartment is broken into, a friend is murdered, and Axelle's fears that the French state is once again conspiring against her seem very plausible.

​Francie tries to deal with her cranky client, her own new relationship, and her boyfriend's nine-year-old daughter, as the estate problems spin out of control. Intrigue, romance, Paris and the Dordogne, and a soupçon of murder, wrapped in the legal and art world of France bring more than a few 'Bolts from the Blue' to the Bennett Sisters.
Buy the Book:
Amazon.com
Amazon.ca ~ Apple books
Kobo ebooks ~ Barnes & Noble
Add to Goodreads
​ 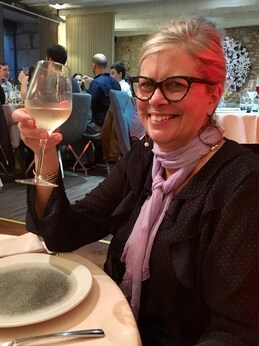 Lise McClendon writes fiction from her home in Montana. She is the author of numerous novels, short stories, and articles. In 1997 she wrote and directed the short film, The Hoodoo Artist, featured at the Telluride Indiefest. She has served on the national boards of directors for Mystery Writers of America and International Association of Crime Writers/North America. She is on the faculty of the Jackson Hole Writers Conference.

Her books, written under her own name and as Rory Tate and Grier Lake, are full of the fascinating lives of women. The choices that women sometimes make are a quagmire of directions and misdirections, sending women into careers, love affairs, children (or no children), travels, and hobbies. And, in the case of her novels, into suspense, crime, secrets, and love.

Casey Jones is back with a new adventure that takes her from four-foot strippers to forty-something bikers—and a head-on collision with too many ex-boyfriends to count. When a routine bodyguarding case turns deadly and Casey loses one of her oldest friends, tracking the killers and a missing stripper — who may or may not be in on the murder — turns out to be a wild ride that takes her from the flatlands of eastern North Carolina to its most exclusive mountain enclaves.

​Fans of Casey Jones will recognize their favorites in the cast of colorful supporting characters who answer Casey’s “all hands on deck!” call. If you’ve been missing your kick-ass Casey and craving Krispy Kremes, you’ll find all that you have missed in this seventh installment of a long and beloved female P.I. series.
​
Buy the Book:
Amazon.com
Add to Goodreads
​ 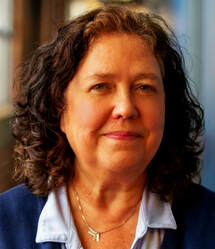 ​Katy Munger is a North Carolina-based mystery author who has written under several different pseudonyms. She is the author of the Dead Detective series, writing as Katy Munger (Angel Among Us and Angel of Darkness) and as Chaz McGee (Desolate Angel and Angel Interrupted); the Casey Jones crime fiction series writing as Katy Munger; and the Hubbert & Lil mystery series, writing as Gallagher Gray. She has also been a book reviewer for the Washington Post and served as North Carolina’s 2016 Piedmont Laureate.