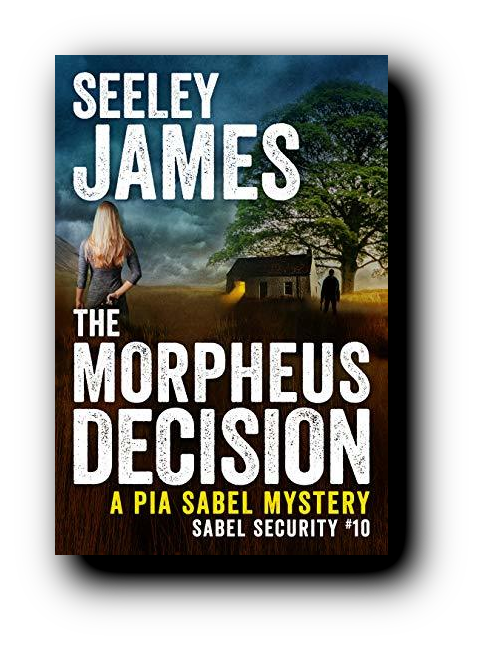 When a friend from her days in international soccer, now a British constable, is murdered, Pia Sabel uncovers an assassination ring catering to the ultra-rich – putting her dead center in their crosshairs.

For most of her life, Pia Sabel worked through the pain of losing her parents, threw herself into her work, and lived with insomnia. Now her doctor warns growing paranoia will soon threaten her mental health. She escapes to rural England to mourn the loss of her friend. On arrival, she is attacked by a mob, dismissed by officials, and ridiculed by high society for inquiring about an English Lord and a British institute. The more people tell her not to ask questions, the more she questions their motives.

Unconquered and unafraid, she investigates the murder and exposes a well-connected web of billionaire suspects. Along the way, she touches a nerve, bringing down an avalanche of killers on top of her. Unable to trust anyone, from the handsome Scot she wants to know better to Britain’s titled class, she must unravel the clues before more victims land in the morgue. Peeling back the layers of deceit, lies and cover-ups, Pia finally discovers the truth about who killed Chloe England. A revelation sure to endanger everyone she loves.

Seeley James’ near-death experiences range from talking a jealous husband into putting the gun down to spinning out on an icy freeway in heavy traffic without touching anything. His resume ranges from washing dishes to global technology management. His personal life ranges from homeless at 17, adopting a 3-year-old at 19, getting married at 37, fathering his last child at 43, hiking the Grand Canyon Rim-to-Rim at 59, and taking the occasional nap.

His writing career ranges from humble beginnings with short stories in The Battered Suitcase, to being awarded a Medallion from the Book Readers Appreciation Group. Seeley is best known for his Sabel Security series of thrillers featuring athlete and heiress Pia Sabel and her bodyguard, veteran Jacob Stearne. One of them kicks ass and the other talks to the wrong god.

His love of creativity began at an early age, growing up at Frank Lloyd Wright’s School of Architecture in Arizona and Wisconsin. He carried his imagination first into a successful career in sales and marketing, and then to his real love: fiction.

Other Books by Seeley James

Death and the Damned

The Morpheus Decision was quite the emotional roller coaster with so much happening at once. This is a book tat is filled to the brim with action and mystery that left me wondering what was going to happen next. I absolutely loved it!