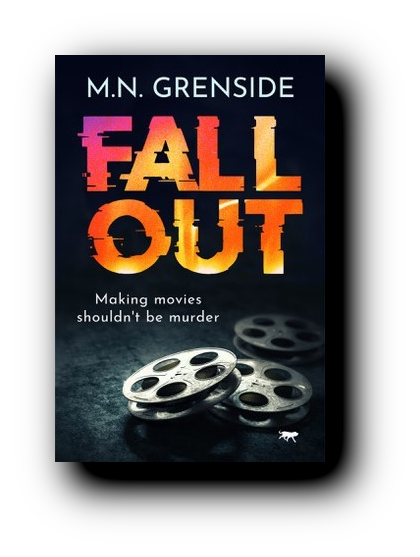 An LA screenwriter is killed shortly after completing his latest script, FALL OUT – a thriller destined to be a blockbuster but written with a secret double purpose.  Echoing events from the past, the screenplay is sent to a very specific group of people and will change their lives forever.  All are connected to a movie that had abruptly stopped shooting in the jungles of the Philippines years before.  FALL OUT exposes the truth about a conspiracy and murder that led to a half-a-billion-dollar fortune for a select few.

Follow the story of Producer Marcus Riley, who sets out on an increasingly dangerous quest to get FALL OUT made.  From a powerful agent’s office in Hollywood, hidden treasures in Belgravia and a remote chalet in the Swiss Alps to murder at the Cannes Film Festival, Marcus teams up with designer Melinda (Mako) de Turris as they and the other recipients of the screenplay are pursued by an assassin from the past.

With clues cleverly concealed in the screenplay, Marcus and Mako unravel a lethal puzzle that for some will bring death, others the truth and ends in a cave with a shocking secret…

“If you want a fast-paced stand out different thriller, I can’t recommend Fall Out enough. I loved it.” —Emma Forbes, broadcaster

“Amazing . . . I agree with all the other reviews that have stated if you like Dan Brown or James Patterson, then this book is for you.” —Joyful Antidotes

“And, action! Plenty of it and super nasty bad guys and stories so outrageously crazy they can only be true . . . Fall Out is inventive and, at times intentionally filmic . . . The fun doesn’t stop for 440 pages.” —Booksplainer 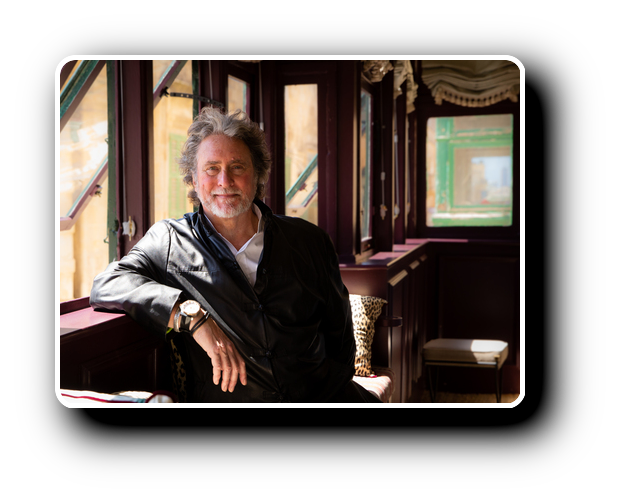 Mark Grenside, born and raised in London, began his working career straight out of school at Lloyds of London, specializing in Kidnap, Ransom and Extortion Insurance. At 25 it was time for a career change and to dump the suit and tie, so he started his media career working for Jim Henson and The Muppets©. From that moment on he has been involved in Entertainment and nearly every aspect of it.

He went on to create and produce several television series and mini-series. At the same time, he started a music management company launching million seller artist Neneh Cherry.

In 2004 he arranged the US $250 million buy-out of the Hallmark Channel International which was then successfully sold to NBC. He returned to producing a number of movies and mini-series.

He has recently morphed into a serial entrepreneur and is now a co-founder of seed to shelf CBD producer Dragonfly Biosciences (www.dragonflybiosciences.com) and a founder in two separate digital companies.

In addition to his love of cooking, an unhealthy amount of time and money is lavished on a collection of classic cars that he has raced all over the world. He enjoys risk and has parachuted in New Zealand, scuba-dived in the Pacific, hang-glided in the Himalayas and even tobogganed down the Cresta Run. In nearly every case chasing after his wife who is utterly fearless!

He is now writing the follow up to Fall Out, entitled The Bastion. In addition, he writes a humorous blog with subscribers in more than 40 countries. www.andanotherthing.com

He has two grown sons, two daughters’-in-law, three grandchildren and lives in Malta with his wife and two French bulldogs.

Mark’s latest book is the thriller, Fall Out.

I have to say that I really loved the author's fast pace story telling style for FALL OUT.  I loved how there were not any dull or boring moments in the whole book. I really liked Producer Marcus Riley and his quest to get the movie made even with the danger to himself.