What You Don’t Learn In Film School 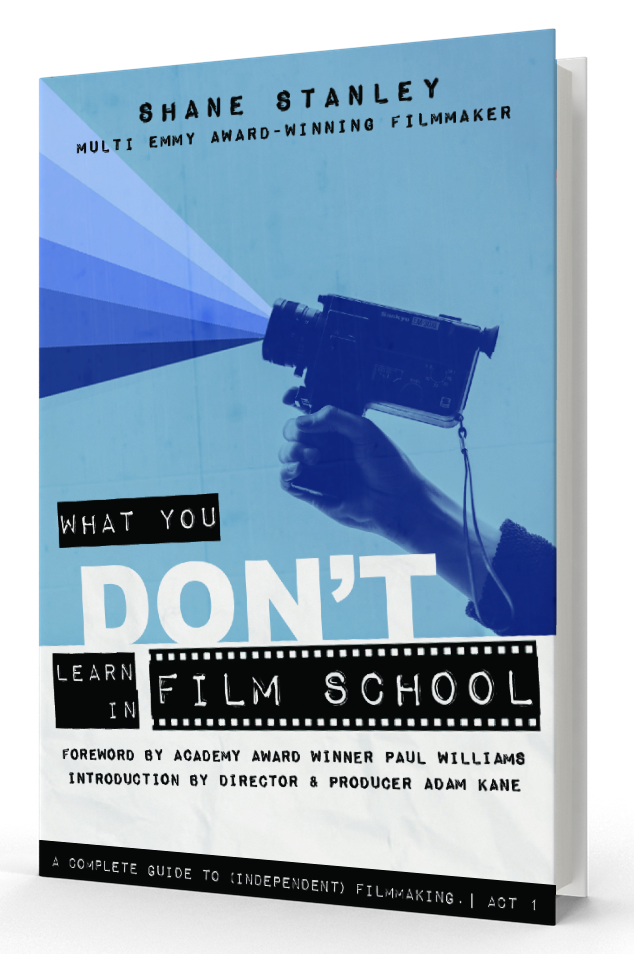 Title: WHAT YOU DON’T LEARN IN FILM SCHOOL: A COMPLETE GUIDE TO INDEPENDENT FILMMAKING
Author: Shane Stanley
Publisher: Industry Insider, LLC.
Pages: 199
Genre: Nonfiction/Film
BOOK BLURB:
Multi Emmy-Award winning filmmaker Shane Stanley, a lifelong entertainment industry insider, has worked in every aspect of the film industry, covering a multitude of movies, television shows, and other projects. In his valuable new book, WHAT YOU DON’T LEARN IN FILM SCHOOL: A COMPLETE GUIDE TO INDEPENDENT FILMMAKING, Stanley takes a candid look at the film business and offers ambitious young filmmakers important information on how to navigate every aspect of making movies, from initial pitch to distributing a finished product. The book “is written for anyone who hopes to have a career in the industry at any position, but (is) geared for (the) total filmmaker,” Stanley says.
Producer Neal H. Moritz (“Fast & Furious,” “S.W.A.T.,” “21 and 22 Jump Street”), says that WHAT YOU DON’T LEARN IN FILM SCHOOL “pulls no punches. It’s one of the most insightful and accurate books ever written on the subject, a master class bridging the gap between school and real-life experience that will save you years of heartache. A must-read for anyone interested in pursuing a career in film.”
Jane Seymour, two-time Golden Globe and Emmy Award winner, actress, producer and founder of the Open Hearts Foundation, declares that Stanley’s “step-by-step guide is a must-read for anyone hoping to break into the world of independent cinema, along with many useful tips for those who desire to work within a studio or network system.”
Jeff Sagansky, former president of Sony Entertainment and CBS Entertainment, notes that “Shane Stanley takes you to a film school that only years of practical experience can teach. He covers both the business of independent filmmaking as well as the hard-earned secrets of a successful production. A must-read for anyone who wants to produce.”
A lifelong veteran of the film world, Stanley has directed and produced hundreds of film and television projects, including the 2006 No. 1 Box Office hit “Gridiron Gang,” starring Dwayne “The Rock” Johnson. His clearly-written guide to navigating the shoals of independent filmmaking comes from his hands-on experience, covering such topics as choosing what material to produce, raising independent capital, hiring a production crew and selecting the right cast.
WHAT YOU DON’T LEARN IN FILM SCHOOL is an essential book written by someone who clearly understands the independent film business from the inside. 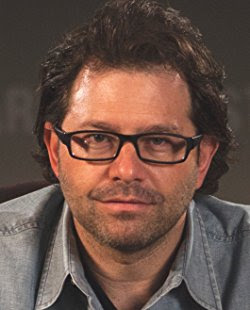 Multi-Emmy Award winning filmmaker Shane Stanley has worked in almost every capacity on and off the set starting with hit shows like “Entertainment Tonight” and “Seinfeld.”
Along with his father, Stanley produced “The Desperate Passage Series,” which was nominated for 33 individual Emmy Awards and won 13 statues. In this series, five of the seven specials went No.1 in Nielson Ratings, which included “A Time for Life” and “Gridiron Gang.”
Stanley has produced films starring Marlon Brando, Mira Sorvino, Thomas Hayden Church, Donald Sutherland, Marisa Tomei and Martin Sheen. He co-wrote two of the films and has worked closely with top Hollywood executives.
Stanley has taught workshops at many film schools and universities. He is the founder of Visual Arts Entertainment, a production company based in Los Angeles. He is still active in teaching, working with several schools, film students, and recent grads as a mentor and guide.
His latest book is What You Don’t Learn in Film School: A Complete Guide to Independent Filmmaking.

I personally found this book to be very interesting as it taught me a lot about what goes into making a movie and what film makers have to go through to make their dream film a reality. I took a film class in high school that I found very interesting, but I found this boo to be so much more useful as it gave me a much more in-depth understanding then the class ever did!
Posted by Misty103 at 12:00 AM