Mayhem, Murder and the PTA by Dave Cravens 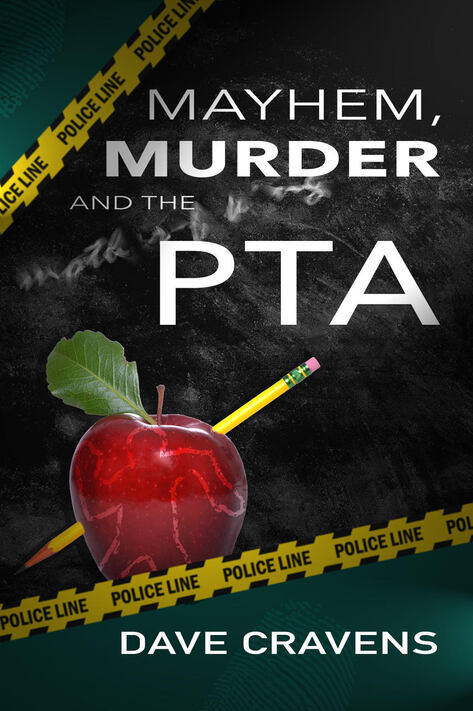 Parker Monroe is a tough-talking investigative reporter used to writing headlines, not being the subject of them. When a key source vanishes on a politically toxic story, this single mother of three finds herself at the center of a media storm and out of a job. Ready to reset, Parker moves her family back to the rural town where she grew up. But a gossip-filled PTA, a tyrannical school principal and a gruesome murder make adjusting to the "simple life" anything but. Parker Monroe is about to chase the story of her lifetime...
​
Buy the Book:
Amazon.com
Add to Goodreads​​
​

As a child, Dave Cravens planned to grow up to be a superhero, the first person to capture Bigfoot and Nessie on film, pilot experimental aircraft out of Area 51, develop cold fusion, and star and direct in his own blockbuster action movies so he could retire at the ripe age of twenty-five and raid tombs the rest of his life. Instead, he got a degree in journalism, which he hasn’t used at all other than to justify his incredibly insightful and valid complaints about the state of journalism. During his twenty-two years in the video game business, he’s written for award winning franchises, directed TV commercials and movies, sprained his ankles numerous times in ultimate frisbee games and published three original novels.

My Review
Mayhem, Murder and the PTA by Dave Cravens was a nice change from the norm as it did not follow a detective, PI, or agent, but instead a investigative reporter who was interested in the truth. I liked the small town setting as it gave the book a cozy feel to it and the gossip nature of the town was realistic!
Posted by Misty103 at 12:30 AM