Surgeon's Story: Inside OR-1 with One of America’s Top Pediatric Heart Surgeons

SURGEON’S STORY is your passport into OR-1, the cardiac surgical suite at Children’s Medical Center in Dallas. You’ll be there as Dr. Kristine Guleserian, noted pediatric cardiothoracic surgeon, fixes the tiny hearts of the tiniest children. Follow the young boy who gets a new heart and then, three weeks later, joins Dr. Guleserian on the mound at Fenway Park to throw out the first pitch at a World Series game. Discover the years of training Dr. G went through to become the highly respected surgeon she is today. See how her warmth, humor, intelligence and dedication provide a shining example of what is good about the American health care system. To get a closer look than this, you’d have to scrub in.

More about the author 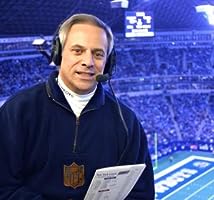 Mark is a 35-year veteran sportscaster whose assignments have included work on the Dallas Cowboys and Houston Oilers radio networks. Mark was one of the broadcasters for Super Bowl XXX between the Cowboys and the Pittsburgh Steelers. He's also worked for NFL Films, the Dallas Cowboys P.R. department, and numerous radio and TV stations.His first book, A SPORTSCASTER'S GUIDE TO WATCHING FOOTBALL, was published in 2009. Mark's new book, SURGEON'S STORY, has just come out. It's the story of Dr. Kristine Guleserian, a pediatric heart surgeon at Children's Medical Center in Dallas, a story filled with drama, and a special kind of caring all too absent from modern medicine. Mark spent six years as Dr. G's shadow at Children's observing dozens of surgical procedures, going on rounds, meeting with patient families and more. The only way you can get closer to heart surgery is to be a patient. You can find out more about Dr. G at www.surgeonsstory.com.Mark's on-air colleagues have included Verne Lundquist, now the CBS voice of college football, who hired Mark at WFAA-TV, Dallas in 1973; Oprah Winfrey, with whom Mark co-anchored in Nashville at WLAC-TV in 1974-75; Ron Franklin, now with ESPN, who shared the Oiler radio booth with Mark from 1978-1981.Mark was born in New York City in 1952, and moved to Texas in 1970 to attend Texas Christian University, gaining a BFA in Mass Communication in 1974.He left broadcasting in 2002, and is currently a much sought-after portrait photographer in Dallas, as well as a successful actor. His daughter Stacey lives in L.A., and continues the family football tradition as a cast member on FRIDAY NIGHT LIGHTS on NBC-TV.