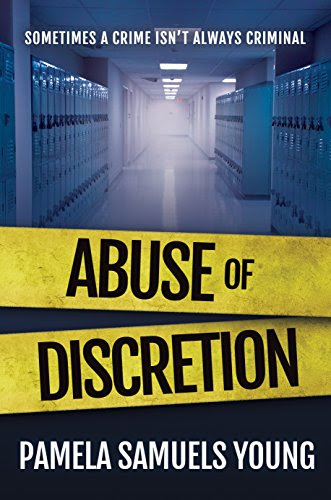 Title: ABUSE OF DISCRETION
Author: Pamela Samuels Young
Publisher: Goldman House Publishing
Pages: 352
Genre: Mystery
BOOK BLURB:
A Kid’s Curiosity … A Parent’s Nightmare
The award-winning author of “Anybody’s Daughter” is back with an addictive courtroom drama that gives readers a shocking look inside the juvenile criminal justice system.
Graylin Alexander is a model fourteen-year-old. When his adolescent curiosity gets the best of him, Graylin finds himself embroiled in a sexting scandal that threatens to ruin his life. Jenny Ungerman, the attorney hired to defend Graylin, is smart, confident and committed. She isn’t thrilled, however, when ex-prosecutor Angela Evans joins Graylin’s defense team. The two women instantly butt heads. Can they put aside their differences long enough to ensure Graylin gets justice?
Unbeknownst to Angela, her boyfriend Dre is wrestling with his own drama. Someone from his past wants him dead. For Dre, his response is simple—kill or be killed. 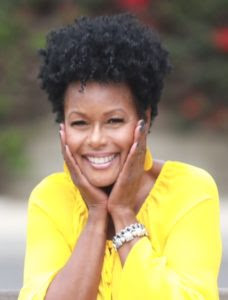 Pamela Samuels Young has always abided by the philosophy that you create the change you want to see. She set giant-sized goals and used her talent, tenacity and positive outlook to accomplish them. Pamela consequently achieved success in both the corporate arena and literary world simultaneously.
An author, attorney and motivational speaker, Pamela spent fifteen years as Managing Counsel for Toyota, specializing in labor and employment law. While still practicing law, Pamela began moonlighting as a mystery writer because of the absence of women and people of color depicted in the legal thrillers she read. She is now an award-winning author of multiple legal thrillers, including Anybody’s Daughter, which won the NAACP Image Award for Outstanding Fiction, and her new release, Abuse of Discretion, a shocking look at the juvenile justice system in the context of a troubling teen sexting case.
Prior to her legal career, spent several years as a television news writer and associate producer. She received a bachelor’s degree in journalism from USC and earned a master’s degree in broadcasting from Northwestern University and a law degree from UC Berkeley School of Law. She is a frequent speaker on the topics of teen sexting, child sex trafficking, self-empowerment and fiction writing.

My Review
So many books like Abuse of Discretion focus only on the adult justice system and this is the first fictional novel that I have read that focused on the justice system for minors. I personally found this interesting especially as the case had to so with sexting which is becoming more and more of an issue lately.
Posted by Misty103 at 12:00 AM