Title: SWEET JUSTICE
Author: Ken Malovos
Publisher: Independent
Pages: 461
Genre: Legal Mystery
BOOK BLURB:
Judge Robert Tilson is a retired judge now working exclusively as a private mediator and arbitrator. One night he is murdered. The police focus on criminal defendants who appeared before him and past clients. They also are interested in litigants who have appeared before him when he was serving as an arbitrator. But progress is slow and the judge’s daughter, Kathy Lamb, decides to investigate on her own. She makes friends with David Powell, who is quite upset with Judge Tilson for an intended arbitration award that favors his siblings in the division of their parents’ estate. David is acquitted through the efforts of Mike Zorich, trial lawyer. But Kathy finds out that her father had been carrying on an affair with his court clerk for many years and she suspects the clerk’s husband is the one who killed Judge Tilson. She is right.
Meanwhile, Judge Jim Hansen is still dealing with the ordeal of being accused, arrested and charged with murder in the first degree of Alicia Obregon, a woman who had been blackmailing him over an incident in Amboise, France, 30 years ago, when he was accused of raping a fellow student. The jury could not make up their mind and eventually the prosecution decides not to retry him but to dismiss the charges. The other judges in the courthouse shun him. He seeks help with a counselor. He has not been truthful at his trial or with his wife. Further, he threw a case before he became a judge, when he was a deputy district attorney because of the fear of blackmail from Alicia Obregon. Anthony Obregon, Alicia’s husband is then tried for her murder but he is acquitted. It turns out that the husband of the woman who made the charge of rape against Judge Hansen 30 years ago is responsible for Alicia’s murder.
Mike Zorich is in the center of the effort to find the real killers,who are eventually arrested, tried and convicted. Anthony Obregon is the connection between the two cases as he was accused of killing his own wife and he was asked to kill Judge Tilson, but refused to do so. His information and the efforts of Kathy Lamb and Mike Zorich lead to the righteous killers. 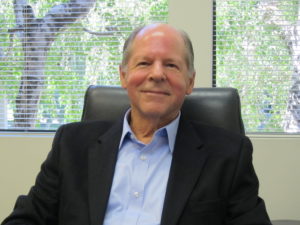 Ken Malovos has been practicing law in Sacramento for over forty years. He spent twelve years with the Public Defender’s Office and twenty-five years as a business litigator. He now serves full-time as a mediator and arbitrator. He has written three previous Mike Zorich novels and has been recognized by Chanticleer Book Reviews as a First Prize Category Winner in the legal genre of the Mystery and Mayhem competition and as a finalist in the Thriller and Suspense competition.
You can visit Ken’s website at https://kenmalovos.com/.
My Review
Mike Zorich was a great character and it as Mike that really made this book into such an enticing read. I loved how the author really made the story come alive on the pages and I loved the way that I had to keep reading to learn more in order to attempt to figure everything out for myself. I enjoyed my guesses being wrong as it meant the story was far from predictable.
Posted by Misty103 at 12:30 AM