Title: MIRACLE MAN
Author: William Leibowitz
Publisher: Manifesto Media Group
Pages: 385
Genre: Thriller
REVERED     REVILED      REMARKABLE
The victim of an unspeakable crime, an infant rises to become a new type of superhero.  Unlike any that have come before him, he is not a fanciful creation of animators, he is real.
So begins the saga of Robert James Austin, the greatest genius in human history.  But where did his extraordinary intelligence come from?
As agents of corporate greed vie with rabid anti-Western radicals to destroy him, an obsessive government leader launches a bizarre covert mission to exploit his intellect.  Yet Austin’s greatest fear is not of this world.
Aided by two exceptional women, one of whom will become his unlikely lover, Austin struggles against abandonment and betrayal.  But the forces that oppose him are more powerful than even he can understand.
Miracle Man was named by Amazon as one of the Top 100 Novels of 2015, an Amazon Top 10 thriller, an Amazon bestseller and an Amazon NY Times bestseller. 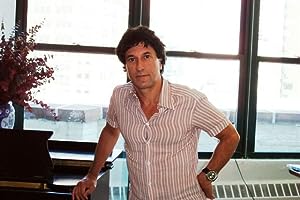 William Leibowitz has been practicing entertainment/media law in New York City for a number of years.  He has represented numerous renowned creative people and many leading intellectual property companies.  William has a Bachelor of Science degree from New York University (magna cum laude, Phi Beta Kappa) and a law degree from Columbia University.  He lives in the village of Quogue, New York with his wife, Alexandria, and dog, George.
William wrote Miracle Man because of its humanistic and spiritual messages and because he feels that in our current times–when meritless celebrity has eclipsed accomplishment and the only heroes are those based on comic books, the world needs a real hero–and that, of course, is Robert James Austin, the protagonist in Miracle Man.

Miracle Man was a well written and unique super hero book. For some reason Austin just seems like a real super hero and not just some child anime character. I loved how Austin's genius level intellect really helped him to be who he needed to be. The fact that he had two women by his side also made the book interesting to both male and female readers. While I did enjoy reading about all of the characters Austin was by far my favorite. I enjoyed the steady pace of the novel and I look forward to future books.
Posted by Misty103 at 12:00 AM