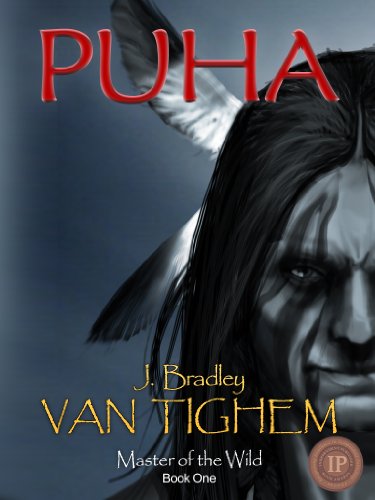 Many Wolves, a 12-year-old boy adopted by Lipan Apaches, is haunted by memories of mounted men with painted faces killing his white-skinned parents. When Laughing Crow, the powerful leader of the Nokoni Comanche band responsible for the killings, discovers his Lipan village and asks for the white-skinned boy in exchange for peace, Many Wolves flees. In the harsh desert wilderness, nourished by the salty waters of the Pecos River, he learns to survive alone with his trained wolf hawks.
Five years later, the Nokoni leader’s son is killed by a Lipan arrow, which sets Laughing Crow on a trail of blood and vengeance. Many Wolves, now hardened by nature and empowered with a gift to walk with the spirits of his animals, is forced out of seclusion to confront his nightmare and protect his Lipan village.
Puha, the Comanche word for “spiritual power,” is an unconventional western story set in the late 1700s, before Texas was settled with Colt revolvers and Winchester rifles: a time when vast herds of buffalo roamed the Southern Plains, grizzly bears and wolves thrived, and the Comanche rode unchallenged on painted ponies.
Puha immerses the reader in a forgotten time of American History when indigenous people lived free and in harmony with nature. 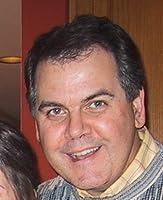 Award-winning author J. Bradley Van Tighem was born and raised in California, a sixth-generation Californian. He is an avid nature buff, especially fond of birds of prey and reptiles. He dabbled in falconry for several years, but realized he couldn't dedicate enough time to it with a full-time job as a Java programmer and two sports-loving teenage boys.

His fiction attempts to capture his love of falconry and the Native American cultures, specifically the Apache and Comanche tribes of Texas. The first book of the Master of the Wild Series is entitled "Puha" and is set in the 1700s, unsettled Texas, before Rangers, revolvers, and rifles. A western without cowboys during a time when Comanches, "the most powerful tribe in American history" as coined by historical author S. C. Gwynne, roamed the Southern Plains on their painted ponies. "Puha" blends "My Side of the Mountain" with "Dances With Wolves."

He hopes to publish the final story in the Master of the Wild Series, entitled "Sangre," in 2018.

My Review
Puha (Master of the Wild Book 1) by J. Bradley Van Tighem was an enjoyable book to read. I liked how the author kept the book historically accurate, while also adding his own twists and characters to the time period. I loved the author's portrayal of the Native Americans and the way the Native American culture was portrayed in this book. I felt like this book actually taught me about what the Native Americans were like both as people and as a culture. However, it was not some boring history book instead the author worked the Native American cultural elements into the story line in such a way that I did not realize how much I was learning about them until I stopped and thought about it. I personally feel that this would be a great book to assign to students in English classes as not only would be the perfect book for a book report or project, but it would also serve as a nice lead in to the Native American history that students would explore in their history classes.
See the Full Review and Author Interview at: https://hubpages.com/literature/PUHA-by-J-Bradley-Van-Tighem
Posted by Misty103 at 9:42 AM