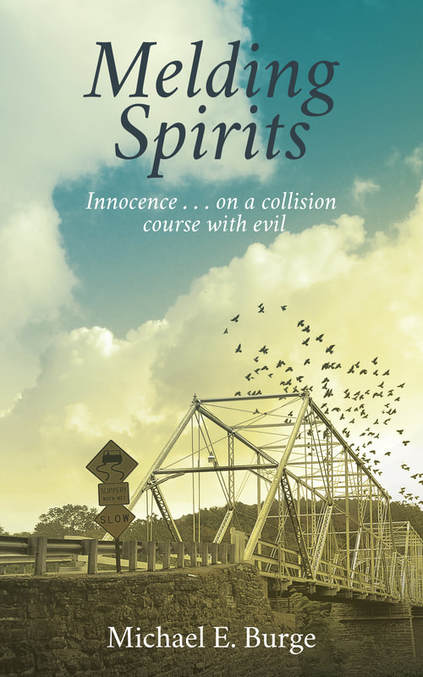 Twelve-year-old Evan Mason’s life has been turned upside down by the sudden death of his father. His mother isn’t home much, the insurance office during the day, waiting tables at night. Evan is spending a great deal of time alone.

Now he finds himself on a Greyhound bus headed for a small town on the Wabash River where he’ll spend the summer of 1958 with his loving grandmother.

Evan soon meets his new neighbor, Katie Dobbins. She’s a feisty blue-eyed girl with a ponytail, the type of girl Buddy Holly might sing about on American Bandstand. Evan is instantly enamored with her.

It seems the perfect summer is underway—but strange things are happening in the woods surrounding the Ghost Hill Indian Mound. 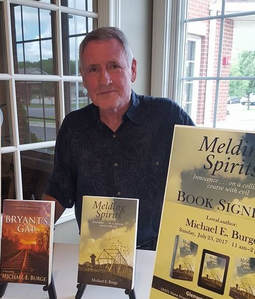 Michael E. Burge grew up in the Chicago suburbs and a small town on the Wabash River in Southern Illinois.

In the late sixties, he left college to serve on a U.S. Navy destroyer out of Norfolk, Virginia. Upon leaving the service, he transitioned to a career in the burgeoning computer industry, positions in product management and marketing.

He is now pursuing his lifelong interest in writing, publishing his debut novel, Bryant’s Gap, in 2015 and his second, Melding Spirits, in 2017.

Michael also plays piano, paints, and is an avid golfer. He and his family currently live in Illinois.

My Review
Melding Spirits by Michael E. Burge was a well written book with likable characters that held my interest through out the entire book. Evan Mason was my favorite character, but I also liked Katie Dobbins. I liked the way the author wrote about the criminal acts/deviate behavior as the author wrote about it in enough detail to be understood without being graphic (no R rated content).
Posted by Misty103 at 12:30 AM