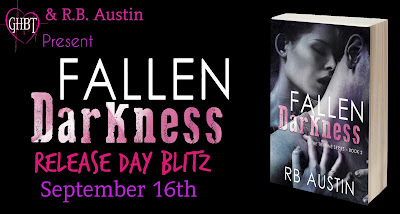 
The war between Apollyon and the Trihune has begun. 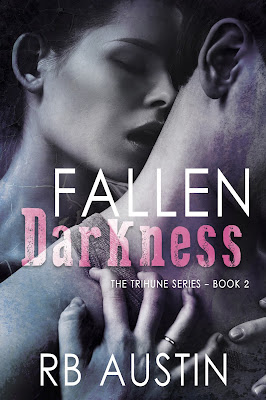 Lucas scours the street in need of a fix. He captures his enemy instead of kills. Spins lies instead of truth. Seeks darkness instead of light. So close to the edge with no concern for the fall.
The map was foretold. Its key long lost.
Sent on a mission to find the key necessary to defeat Apollyon, Lucas meets Kate. Fiery, powerful, unable-to-touch-any-object Kate. As his feelings for her grow, the addiction inside him wanes.
Until he learns she is not meant for him.
Find the key. Find the way and triumph.
His future with Kate is bleak. The darkness, too hard to control. The key, still lost.

Can Lucas win the battle raging inside his body in order to win the war rising on the streets?

Killing Fallen to save mankind is Cade’s redemption for murder and only one human—mouthwatering and absolutely forbidden—stands in his way.
Cade committed himself to saving lives before he learned the full consequences of his life-altering decision. It wasn’t until he was tending his sick wife that he learned the enormity of what he’d done and he was unable to save her from the monster he had become. Consumed with guilt and praying for absolution, he threw himself into killing every Fallen he could find to save the humans he’d sworn to protect. But then Emma, deliciously mortal and completely forbidden, swept into his world, stirring an overpowering desire. Now he’s not only fighting soulless creatures, but also his inner cravings, trying to maintain his distance and continue on his path to forgiveness. He won’t lose control again and lose another love. 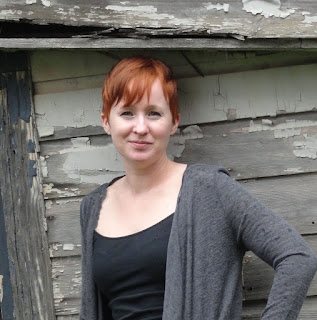 About the Author-
RB Austin enjoys torturing dogs (dressing her Cairn terrier in knitted sweaters and booties), embarrassing her daughter (singing in the car . . . at the top of her lungs . . . with the windows open . . . at a stop light), and indulging in the second deadliest sin (chocolate, Swedish fish, chocolate, sour patch watermelons, and chocolate).
This author’s love of the sun puts in her in the more-than-likely-not-a-vampire category, unless you’re referring to the bloodsuckers in her Trihune series, then all bets are off.
Feeling stalkerish? Visit her website, www.rbaustin.com, and learn where she hangs out on the Interwebs.