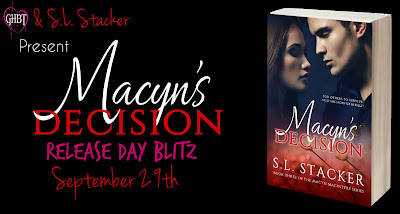 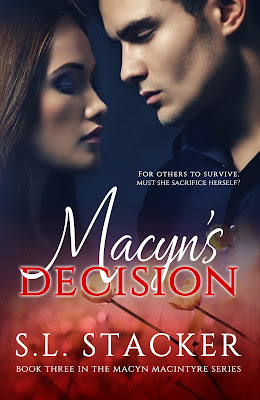 A wedding day explosion, a family reunited, and a hunt for a killer are only a few of the things Macyn and her husband, Devon, will face after spending several long months being tortured by their nemesis, Frederick. After Macyn and her partners step up their game and form a plan to find the elusive man, it's then that she is faced with the realization the future of her family and loved ones is dependent upon the decision she makes. Will she continue and follow through with their plans to end this man’s life, knowing the reality of failure is a possibility? Or will she make the ultimate sacrifice and give herself willingly in order to ensure the safety of those she loves? The answer awaits in Macyn’s Decision, the final installment in the Macyn McIntyre Series. 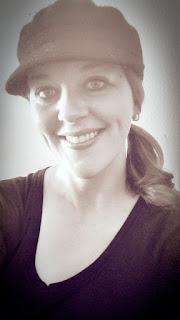 About the Author-
S.L. Stacker is a romantic suspense author and novelist with Booktrope publishing. She has written and published three books in the Macyn McIntyre series. Her current projects include several fiction novels, but her focus is the Sisters of Summit Bay series—to be published in 2015/2016. When she isn’t throwing her readers for a loop and leaving them wanting more, she can be found relaxing and hanging with her husband, children, and dog. You can visit her at http://www.slstacker.com
If you would like more information about S.L. Stacker and her upcoming works, please visit her at:
http://www.slstacker.com
You can follow S.L. Stacker at:
Facebook- http://www.facebook.com/SLStacker
Twitter- twitter.com/slstacker
https://plus.google.com/101079184847081930095/posts
Goodreads- https://www.goodreads.com/author/show/7376388.S_L_Stacker
Join S.L. Stacker’s mailing list for sneak peeks and previews:
http://eepurl.com/bgVt2j  (MailChimp)